(indicates a high degree of safety)

How to Open Fixed Deposit Online in STFC 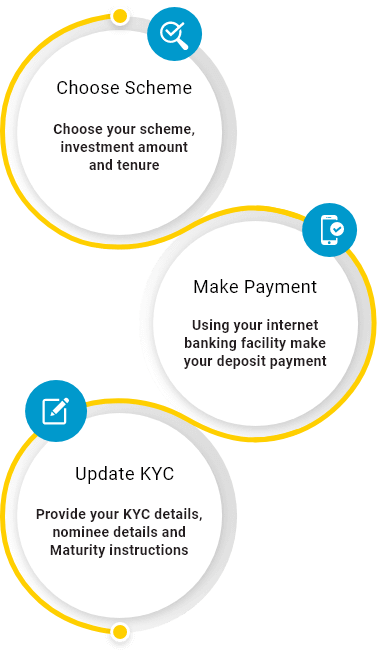 Fixed Deposit Certificate will be sent to your registered email address.

With Cumulative fixed deposits, you can earn maximum returns up to 9.25% at the end of the maturity with the help of compounding. You will earn interest on the invested amount and also on the interest you get.

With Non-cumulative Fixed Deposits, you can earn interest rates with the deposited money over a fixed time. By choosing a monthly, quarterly, half-yearly or yearly interest payout, you get a regular earning through interest payments.

Liquidity in times of emergency

In Fixed Deposits, you will enjoy liquidity in times of emergencies, as you can close the deposit to support your exigencies. You can also avail loan on your deposit.

There is a wide range of flexible tenure starting from 12 months to 60 months for efficient planning of short term and long term financial goals. 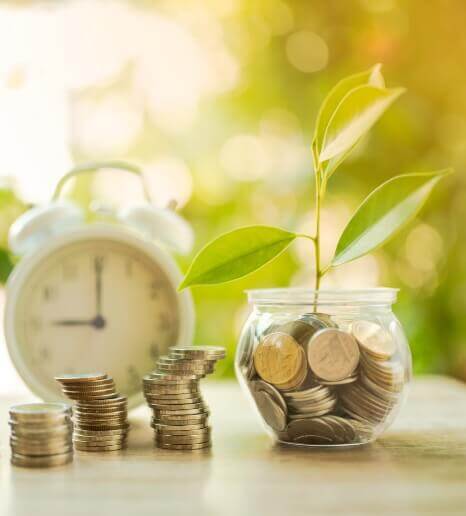 You can invest in Fixed Deposit Online within a few minutes at your convenience from anywhere, anytime.

You can move funds from your bank account and book your Fixed Deposit at ease.

Enjoy flexibility while choosing the investment amount, and tenure, of your fixed deposit online to suit your financial goals.

In the cumulative Fixed Deposit scheme, you will have no fixed interest payable over a monthly, quarterly, half-yearly, or yearly basis. The interest rate is compounded along with the principal and payable at the time of maturity.

In the non-cumulative Fixed Deposit scheme, the interest is payable on a monthly, quarterly, half-yearly, or yearly basis. The interest earned monthly under this scheme will be taxable. This scheme is most suitable for an individual who is in need of an interest payout periodically.

What Do Our Customers Have to Say? 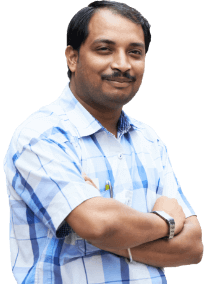 Thank you, Shriram, I am extremely happy with your service. Especially the on-time Interest deposit with many add-on benefits

Best Interest Rate in the market for my fixed deposit. I’m really satisfied with the Earnings so far. I will stay with STFC forever if this kind of service continues…..

Will the deposit be paid back in cash?

When will the interest be credited in the Non-Cumulative scheme?

Can I withdraw my deposit before maturity?

According to the Direction of the RBI, a deposit receipt cannot be prematurely closed before three months from the date of Deposit/ renewal except in case of death of the depositor. For additional information, please refer to the prematurity payment norms mentioned in terms and conditions of the application form placed on our website under the download section.

Who can invest in fixed deposits with Shriram Transport Finance Company?

How is the FD renewed?

Subject to the FD scheme being open, the deposit may be renewed on maturity by submitting a duly filled fresh FD Application Form. It is necessary that the fresh FD Application Form should be submitted along with the duly discharged old FD receipt with revenue stamp of requisite value. The renewal will be subject to the terms and conditions of the FD scheme as applicable on the maturity date of the old deposit.

We have Monthly/Quarterly/Half Yearly and Yearly option for payment of interest. The interest is directly credited to the bank account via NEFT (National Electronic Fund Transfer).

The customer would need to submit the bank details in prescribed format [Click here to download Bank Details/Tax Status change Request Letter]. He also needs to submit a valid ID proof copy along with a personalized cancelled cheque (with his name printed), if not personalized, then a bank statement of the same account is needed. In the case of corporate a Board resolution for change in bank account details also is to be submitted.

Thank you for showing interest in Shriram Unnati Fixed Deposit. We are upgrading our interest rates (applicable from 20/5/2022) to maximise your returns. Kindly bear with us & for any further queries please feel free to reach out to our deposit customer care : 022-41574545

Thank you once again, for your valuable support.

Get in touch with us

Get in touch with us if you have any issues regarding the Online Fixed Deposit booking process.