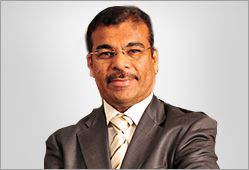 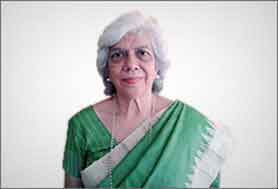 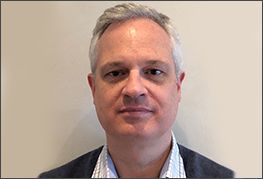 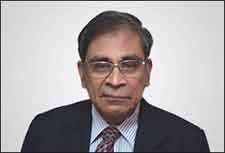 Mr. Lakshminarayanan Subramanian is a non-executive Director on our Board. He holds master’s degree in Science in Chemistry and post graduate diploma from University of Manchester (U.K.) in Advanced Social & Economic Studies. Mr. Lakshminarayanan is a member of the Indian Administrative Service (IAS-retired) and as such held several senior positions in the Ministry of Home Affairs, Ministry of Communications and Information Technology, Ministry of Information and Broadcasting of the Government of India and in the Department of Tourism, Culture and Public Relations, Department of Mines, Mineral Resources, Revenue and Relief and Rehabilitation of the Government of Madhya Pradesh.

Mr. Umesh Govind Revankar holds a bachelor’s degree in business management from Mangalore University and a master of business administration (MBA) in finance. He attended the Advanced Management Program at Harvard Business School. Mr. Revankar started his career with the Shriram group as an executive trainee in 1987. He has been associated with the Shriram group for the last 28 years and has extensive experience in the financial services industry. During his stint with the Shriram Group, he has shouldered various responsibilities and worked in several key roles of business operations.

Mrs. Kishori Udeshi has an M.A. Degree in Economics from Bombay University. She moved on to a professional career in central banking and became the first woman to be appointed as Deputy Governor of the Reserve Bank of India. She was the first Executive Director of the RBI to be nominated on the Board of State Bank of India. As Deputy Governor, one of her portfolios was the regulation and supervision of the banking and non-banking sector. She represented the RBI on the Core Principles Liaison Group and the Core Principles Working Group on Capital, of the Basle Committee on Banking Supervision, set up by the Bank for International Settlements, Switzerland. As Deputy Governor she was on the Board of SEBI, NABARD, Exim Bank and was the Chairman of Bharatiya Reserve Bank Note Mudran (Pvt.) Ltd., Bangalore as also Chairman of the Deposit Insurance and Credit Guarantee Corporation. In 2006 the Reserve Bank of India appointed her as Chairman of The Banking Codes and Standards Board of India. She demitted this office in December 2011. She is the nominee of the Government of Maharashtra on the Board of the Indian Red Cross Society, Mumbai. She has been appointed by the Government of India as a Member of the Financial Sector Legislative Reforms Commission chaired by Justice ShriKrishna.

Mr. Ignatius Michael Viljoen is a Head of Credit-Sanlam Pan Africa Portfolio Management, South Africa and is responsible for a range of credit risk and credit portfolio management aspects across the various entities owned by the Sanlam Group outside of the Republic of South Africa. He has been associated with Sanlam Group since September 2003. Sanlam is a 100 year old company with strong financials, management and culture in South Africa. Sanlam is a diversified financial services group, headquartered in South Africa, operating across number of selected global markets. Mr. Ignatius Michael Viljoen is a nominee of Sanlam.

Mr. S. Sridhar, aged 63 years, is an Independent Director of the Company. He studied at the Indian Institute of Technology, Delhi and Jamnalal Bajaj Institute of Management Studies, Mumbai. He was awarded the Lord Aldington Banking Research Fellowship for the year 1984 by the Indian Institute of Bankers. He has received many awards / honours, particularly for his innovative business models and intuition building.

He was Chairman and Managing Director of Central Bank of India until May 31, 2011 and earlier of National Housing Bank, India’s regulator of Housing Finance Companies and the apex Financial Institution for housing. He is a banker with about 40 years experience in commercial and development banking of which 13 years were at the CEO / Board level. He is widely acknowledged to be an innovative, market oriented banker and strategic thinker having provided transformational leadership to the organisations he had worked for. He was a pioneer in championing the concept of affordable housing in India and contributed significantly to public policy formulation.

Currently, he serves as an Independent Director on the Boards of various companies, and also as a consultant to financial services companies.

Mr. Sridhar has served in various national level committees and task forces for framing financial sector policies. He was on the Managing Committee of the Indian Banks’ Association, served on the Emerging Markets Council of the Institute of International Finance, Washington DC. He has been an invited speaker at numerous national and international Conferences including Chatham House Lectures.

Mr. D V Ravi is a commerce graduate from the University of Bangalore and holds a Post Graduate Diploma in Management from the Institute of Rural Management, Anand (IRMA). He currently serves as the Managing Director of Shriram Capital Ltd. He also serves the Board of various companies under the Group. Over time, his portfolio grew to include key areas of Corporate Strategy and services, Corporate Finance, Information Technology and Process activities of the Group.

He is also the Non-Executive Director and Co-founder of TAKE Solutions Ltd., a global technology solutions and service provider.

Mr. Ravi has also spearheaded several successful Mergers and Acquisitions for TAKE. He also joined the Commercial Vehicle Finance business of Shriram Group in 1992 as Head of Investment Servicing. He started his career in strategy and finance in 1987 with Karnataka Oil Seeds Federation, Bangalore.

His areas of expertise in this role include Corporate Strategy, Synergy Creation, Risk Management Efforts, Leadership Development and Corporate Finance.

Mr. Pradeep Kumar Panja holds Master’s Degree in Science (Statistics) from the University of Madras. He is a Certified Associate of the Indian Institute of Bankers.

He is a career banker, retired as Managing Director (Corporate Banking) of State Bank of India (SBI), the largest bank of the country, in October 2015. During his long association of 39 years with SBI (3 years of which at Board level), he gained rich experience in various areas of banking including corporate and international banking, treasury management, information technology, retail, transaction banking, strategic planning, business development, risk management.

He has excellent track record of successfully leading large teams across various business verticals of SBI. He also successfully led the US Operations of SBI as the Country Head-US. He held multiple assignments driving large projects in the Information Technology Wing of SBI. As a Head of IT (Chief Information Officer), he led SBI’s IT strategy, set up India’s largest data warehouse. He also lead the analytics foray of SBI. During his association with SBI he was member of important committees of directors and was chairman of Risk Management Committee.

He is a member of Board of Directors of companies engaged in the business of real estate, asset reconstruction, software business, cements etc.